Opioid addiction and abuse in the U.S. have risen dramatically since the early 2000s. Addiction to prescription opioids has also increased the use of illicit heroin, and overdose death rates continue to climb. The misuse of opioid drugs has managed to devastate entire communities, and may medical facilities, and treatment centers are overwhelmed with the numbers of patients struggling with addiction to these powerful drugs. Because opioid addiction is so severe, doctors and scientists created a class of medications to help block opioid cravings and prevent relapse. Unfortunately, these drugs, like Suboxone, can also be abused and come with their own risk of addiction. 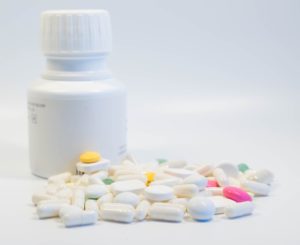 Suboxone is a prescription medication and is considered a partial opioid agonist. The drug impacts the same opioid receptors in the brain that are active when someone abuses an opioid or opiate-derivative drug. Suboxone works by partially binding to opioid receptors in the brain. The medication helps reduce cravings for opioids and also reduces the severity and duration of withdrawal symptoms. While a person won’t experience an intense high when they use Suboxone, people will sometimes abuse the drug for this purpose. But mostly, Suboxone is obtained on the black market and is often misused as a way to prevent severe heroin withdrawals and withdrawal symptoms from other opioid drugs.

Suboxone comes in many forms, but the most common types of prescription Suboxone are tablets and also sublingual, dissolvable strips, or Suboxone stamps. People who buy Suboxone on the street will sometimes refer to the drug as “subs.” Users will crush the tablets, and dissolve the powder into an injectable liquid. With the stamps, users will sometimes put several stamps at once under the tongue, or dissolve the stamps in a fluid and then inject the mixture.

The majority of people who abuse Suboxone are those who are not in treatment for opioid addiction. Instead, they obtain the drugs illegally and then use them to prevent withdrawals when they can’t get heroin or other powerful opioid medications. But in some cases, people who are taking Suboxone legally will become addicted to the medicine. They may “doctor shop” or buy the drugs illegally online or on the black market.

In other cases, people who want to experience an opioid high, but don’t want to use more powerful opioid drugs will obtain Suboxone for this purpose. People who have no tolerance to opioids can get high off prescription Suboxone, and become addicted. Abusing Suboxone this way can also increase the chances of a person turning to more powerful opioid drugs or heroin to feed their addiction.

The signs and symptoms of Suboxone abuse are incredibly similar to those present in opioid and heroin addiction. Also, the withdrawal and detox symptoms associated with Suboxone share many similarities to the detox process that happens during opioid withdrawals.

Detox is a process where the body attempts to clear itself of harmful chemicals and substances. When someone is dependent on drugs and addicted to them, their body will develop a tolerance for the drugs. When this happens, the body will go into a sort of shock when the person stops taking the substances, because they are unable to physically and mentally function without the chemicals in their system. In substance use disorder, the body has become used to operating with the drugs in its system. Detox is what happens when the body attempts to return to a healthy and natural state of functioning by metabolizing the chemicals until they are gone.

When someone attempts to detox from Suboxone, they will experience a range of symptoms that can vary in severity and duration. A person’s overall physical health, their weight, metabolism, and the length and severity of their addiction will all influence the detox process.

Symptoms of Suboxone detox may include the following signs:

How long will detox from Suboxone last?

The detox timeline can vary from patient to patient, and physical symptoms of withdrawal tend to peak the quickest and then subside before psychological symptoms begin. Some people may experience withdrawals from Suboxone for up to one month. In severe cases, patients can struggle with lingering emotional symptoms of withdrawal, including anxiety, depression, and cravings, to use the drug. Relapse prevention programs and ongoing care are critical to helping patients maintain their initial sobriety from Suboxone.

What are the treatment options for Suboxone detox?

People in recovery from opioids and heroin can significantly benefit from temporary Suboxone use. For these patients, Suboxone is only given for a set period before the patient is gradually tapered off the drug so that they can live completely sober from substances. But when Suboxone becomes the object of addiction, using medications to wean a patient off even a partial opioid agonist like Suboxone no longer serves a therapeutic purpose. For people in recovery from Suboxone patients, treatment options for recovery and detox won’t include opioid replacement medications of any kind. Treatment will instead include a highly detailed, customized treatment plan that is free from replacement medications; however, patients may be prescribed medication to lessen the severity of specific withdrawal symptoms.

Why is it important for people to get medical help for detox?

Therapeutic intervention is critical for recovery from any substance. Patients who receive medical attention for Suboxone addiction are given the best chances of recovery. They have access to a team of medical professionals who can create treatment plans that take into account all aspects of their addiction and how to achieve and maintain sobriety. Medical intervention also puts patients in contact with therapists and counselors who can assist them with their ongoing recovery and maintenance plans.

If you or a loved one are addicted to opioids or opioid replacement medications, the addiction specialists at Windward Way can help. Please contact the drug abuse counselors at Windward Way today to explore your options for Suboxone detox and addiction treatment.