Ritalin is a legal, prescription stimulant, and is commonly used to treat ADHD and sleep disorders like narcolepsy. Unfortunately, Ritalin can be highly addictive and often requires ritalin detoxification to kick the habit.

As a stimulant, the effects on the user are similar to an amphetamine. Ritalin increases the user’s alertness, attention, and their energy. Misuse of prescription Ritalin can cause paranoia, anger, and increase the risk of accidents and legal problems. Making things even more difficult, quitting Ritalin comes with its own host of nasty withdrawal symptoms.

How strong will the withdrawal be when I quit taking Ritalin?

People become addicted to Ritalin because of the effects the drug gives them, and eventually, they reach the point of no return, where they think they cannot live without the drug. When not taking Ritalin, users will find they are fatigued and experiencing other sleep problems.

Depression is also a common side effect of Ritalin withdrawal. The intense feelings of despair coupled with fatigue can overwhelm the sufferer. Detoxing in a structured and supportive environment can greatly reduce the severity of these effects. Medically trained staff can also prescribe legal drugs in a monitored fashion to help with the pain and discomfort of withdrawal.

What are the symptoms of withdrawal?

What withdrawal symptoms last the longest or show up later? 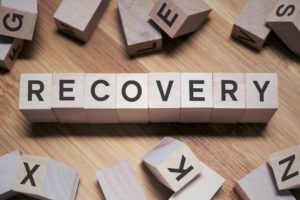 Ritalin abuse adversely affects the brain’s ability to produce certain mood stabilizing chemicals, such as dopamine and norepinephrine. Misused Ritalin causes the reuptake of these chemicals in the brain to become hindered, and depression can result later during the withdrawal process. Since depression is a serious medical condition, it requires special treatment and its effects can be long-lasting.

Can I detox faster from Ritalin if I go to a Ritalin detoxification facility?

Things like overall health, concomitant addiction and substance abuse issues, metabolic rate, weight, and age all factor into the detoxification timeline. Detoxification is only the first step in the recovery process. Counseling and post-recovery treatment options must also be explored.Windward Way gives those in recovery the chance to escape their addiction with encouragement, support, and tailor-made counseling. Medically trained and supportive staff are part of the environment at Windward Way that is structured for success and for changing men’s lives for the better. There is no need to suffer in silence. A life-long recovery is possible.

Windward Way creates a “curriculum of care” for each and every man who enters into our rehab center for Ritalin® addiction. We take the time to make everything just right so that your prescription drug detox experience will set a solid foundation for your life. We want to give you what you’ve been looking for—a freedom from Ritalin. Our addiction treatment program has helped thousands of people just like you or another guy you care about.

If you or someone you know is addicted to Ritalin, you need the medically supervised Ritalin detoxification Windward Way offers. Since withdrawing from Ritalin is not something you want to try to do yourself, come to us—we have the expertise to deal with the vast array of addiction types that come along with an addiction to drugs. You see how we can create a unique detox just for you: 855-491-7694.

Like other amphetamines, Ritalin (or other similar drugs like Concerta®) is a medication prescribed most frequently for ADHD. Often, people quickly find themselves abusing this prescription medication. Then, a guy begins thinking that life without Ritalin isn’t possible—that’s addiction.

Fortunately for you, you’ve come to Windward Way! Our Ritalin addiction rehab will begin first with an evaluation. We’ll personally assist you to answer all the insurance questions you may have. Then we will assess whether a prescription drug detox is right for you.

We can give you the answers you want right now. We will help you through the complex maze of options. We’re up to the challenge to help you begin the process for entrance into our inpatient detox for Ritalin. Get the relief you deserve right now. 855-491-7694.