Get Admitted into a Cocaine Detox Program

Cocaine is a highly addictive substance and can be difficult to treat. Symptoms of acute, clinical depression typically manifest during the withdrawal phase of the drug, making recovery from cocaine addiction even more challenging and necessary for a those afflicted to enter a cocaine detox

Substance abuse addiction can’t always necessarily be cured, but the science of addiction has been thoroughly studied. Treatment can be successfully managed under the care and supervision of professionals and counselors trained in research-based interventions. Polls show that users who seek professional treatment options are overwhelmingly more likely to maintain a successful recovery, versus those who do not seek professional treatment. A successful recovery from addiction is more likely to occur and stick if a user can get admitted into a cocaine detox program.

What are the common symptoms of acute withdrawal?

Withdrawal symptoms to any powerful substance are unpleasant and make it harder for the user to even embark on a recovery mission. What makes cocaine withdrawal unique is the varied and severe mood and emotional lability which can result from the abstinence of the drug. Most of the symptoms of cocaine withdrawal aren’t physical in nature, but emotional.

When do withdrawal pains peak?

Phase one is the initial ‘crash’ phase and typically starts several hours after the user’s last use of cocaine. This crash phase lasts about two days until the acute withdrawal phase sets in.

The acute withdrawal phase is when the symptoms of cocaine withdrawal peak, and can last anywhere from one week and up to ten weeks. During this phase, withdrawal symptoms are at their worst. This is when symptoms of clinical depression can manifest, along with sleep disturbances, agitation, tremors, and severe cravings for the drug.

Afterward, the third and final phase of cocaine withdrawal starts. This is referred to as the extinction phase and can last up to 28 weeks. This phase is characterized by mild symptoms, such as intermittent cravings for the drug.

What are the more serious side effects of detoxing from cocaine? 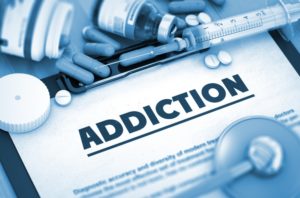 Cocaine withdrawal has the unfortunate side effect of inducing clinical depression in those undergoing recovery. Those suffering are at increased risk of suicide.

Also, studies show verbal fluency and cognitive impairment can occur during the withdrawal phase. The recovering individual’s decision-making abilities and communication can be negatively impacted by this phase of detoxing from cocaine addiction.

How long does it take to fully detoxify?

A full detoxification from cocaine abuse can take up to 28 weeks. A user is not considered fully detoxed until results from blood tests show no more traces of cocaine are left in their system.

How can medical detox help?

The withdrawal symptoms of cocaine addiction are varied and severe. In addition, the reasons and circumstances which have led to the addiction must be addressed in order for the individual to make a full recovery from cocaine addiction, and not replace it with other drugs, whether legal or not.

Professionals trained in research-backed, science-based intervention methods are best equipped to help and support the person in recovery. Therapists and counselors are also on-site at a medical detox center and are able to help root out the initial reasons why a person was drawn to drug use in the first place.

Also, the withdrawal symptoms from cocaine addiction are so unpleasant, they are often the reason why a user balks at attempting to stop their addiction. At a medical detox center, legal, monitored drugs can be administered to lessen the more unpleasant side-effects of withdrawal.

Since clinical depression is a common and potentially deadly side effect of cocaine withdrawal, a person in recovery can be monitored and counseled through this painful condition in a medical detox center.

Someone wishing to live a life free of cocaine addiction is more likely to recover if they seek professional help. At Windward Way, those wanting to make a full, life-long recovery from cocaine addiction are admitted into a comfortable and safe cocaine detox program.

By far the most important feature of Windward Way’s cocaine detox center is our dedicated staff. Unlike the sterile hospital setting of a low-quality rehab, Windward Way’s medically supervised cocaine detox has both the comfort and the safety of our clients in mind. Since cocaine use is such a powerful addiction, our detox sets a firm foundation for our cocaine addiction rehabilitation process.

You can rest assured, knowing you or someone you care deeply about will be in our capable care. It’s easy to begin the process of admission today. Click on a link or call us now to begin the task of detoxing off cocaine with us at your side. Get your life back with Windward Way’s highly praised drug rehab. 855-491-7694.

At Windward Way, you’ll see the difference both our committed staff and also our dually accredited program make to effect real change in men’s lives. In fact, the passion for recovery our staff lives and breathes is only surpassed by the care we address with an addiction to a substance like cocaine. Since we are well-acquainted with as many addiction types that people struggle with, you also can be confident that you will receive only the most informed, highest value addiction treatment possible.

A cocaine addiction treatment doesn’t have to be a bad experience. Instead, alums of our cocaine rehab center often tell us the time they spent in Windward Way’s addiction treatment program was one of the best in their lives. We’re here for you, right now. Help is only a click or a call away: 855-491-7694.