Biosound therapy is an increasingly popular treatment for those battling drug addiction or mental illness. Experiment after experiment has shown that this technique can reduce not only anxiety and depression but also boredom – a very important trigger for substance abuse. Biosound therapy stimulates brain waves with the help of a special chair with memory foam cushions and a vibrating blanket. This device synchronizes the sounds, vibrations, and visuals to a stable frequency, allowing the brain to sync to these stimuli.

What Is the History of Biosound Therapy?

Sound therapy is believed to have been invented by Aboriginal people in Australia over 40.000 years ago. They discovered that musical instruments are soothing for the brain and began using them in their rituals. Later on, Ancient Egyptians, Greeks, as well as Tibetan Monks, began embracing this technique. Tribes and other groups such as Hindus also found the benefits of sounds and started to incorporate them into their soothing rituals.

How Accepted Is It in the Treatment Community? 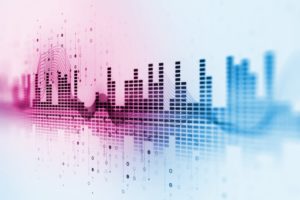 Biosound therapy is beginning to gain more traction in the medical world. Due to its effectiveness in treating drug addiction, more and more clinics and therapists are including it in their treatment plans either as a standalone practice or combined with other types of interventions. Given that the overdose death rates are constantly growing, it is necessary to fight addiction with every available tool.

Because there is no universal approach to treating addiction, doctors tailor programs to the unique characteristics of each patient. Biosound therapy is an approach that they can customize to fit the person and address their particular personality and specific needs.

What Other Therapies Are Used Together with Biosound Therapy to Treat Addiction?

One of the great things about biosound therapy is that you can use it in combination with other treatment models, such as experiential therapy or adventure programs. You can also use sounds and vibrations to induce a meditative state and help instill a stable and calm state of mind.

Biosound therapy is a sensorial approach to treating addiction. Experts use sounds, vibrations, and visuals to reduce anxiety, address personal issues, and help patients improve their outlook. Rehab centers can incorporate this practice into a larger treatment plan, and combine it with meditation or experiential therapy to prevent relapse.

Addiction is a pernicious, stubborn illness. Windward Way recognizes how difficult it may have been for you or for someone you care about. Since our rehab center draws on not just the traditional addiction treatment methods, but also newer, more innovative methods like BioSound therapy, our addiction treatment program can get at the heart of a man’s struggle with alcohol or drugs.

It’s this holistic approach to substance abuse treatment that allows our program to shine above the others. Specifically, our drug rehab and alcohol treatment program may employ the use of BioSound therapy, which can help people in recovery discover a new alternative to using alcohol or drugs in order to relax.

More importantly, clients can explore their emotions using music or sound to get at the biological response triggers invoke. This, in turn, can establish healthier living routines that promote a vigorous, long-term recovery. Many of our graduates commend the time we took to help them learn these new practices and integrate them into their lives.

BioSound therapy may also alleviate boredom and loneliness—two intense relapse triggers for most people struggling with a substance use disorder. Paired with other modalities for treatment like meditation, BioSound can become a powerful ally to encourage recovery for the long haul.

We can answer the questions that you may have about BioSound therapy or any other of the many therapies we use. Let us individualize a program, just for you. Call now: 855-491-7694.