What are the Symptoms of Suboxone Overdose and How is it Treated?

Addiction Rehabilitation at Windward Way Recovery Center > Suboxone Addiction Symptoms and Treatment Options > What are the Symptoms of Suboxone Overdose and How is it Treated?

What are the Symptoms of Suboxone Overdose and How is it Treated?

Since 1999, almost one million people in the U.S. have overdosed and died from opioid drugs. Opioids are one of the most addictive substances in the world, and they completely rewire the brain’s risk and reward neural pathways. People who are prescribed opioids and take them as directed will also develop a physical dependence on the drug. Even first-time use of an opioid can create a tolerance to the chemicals and precipitate addictive behavior in users. 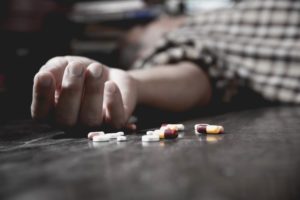 Because opioid drugs are so addictive, doctors and scientists developed a class of medications to help block opioid cravings and withdrawals, and help someone achieve sobriety and recover from opioid addiction. Some of these drugs either partially or entirely block the opioid receptors in the brain.

Prescription Suboxone is a partial opioid agonist drug, and it works by partially binding to the brain’s opioid receptors. Suboxone helps people in recovery for opioid addiction get through the detox and withdrawal process by lessening the severity and duration of withdrawal symptoms and reducing cravings for drugs. But in a cruel twist of irony, Suboxone can also be an addictive drug. It’s also possible for people to abuse Suboxone to the point of overdose.

Suboxone is a brand-name prescription medication that is a combination of the drugs buprenorphine and Naloxone. Buprenorphine is a mild opioid medication that is used to treat mild pain, while Naloxone blocks the opioid receptors in the brain and helps prevent someone from getting high if they take an opioid drug. Suboxone is used to treat people in recovery for opioid addiction, and it’s not a pain killer. Doctors typically prescribed Suboxone for a particular period, gradually tapering off the dose of the medication until a person has achieved sobriety and can maintain their recovery from addiction.

How can someone overdose on Suboxone?

Suboxone is typically prescribed in either a tablet form or as a dissolvable strip that is placed under the tongue until it dissolves. People will abuse Suboxone by either taking more of the drug than prescribed or by obtaining the drug on the black market as a way to experience a mild opioid high. While taking Suboxone as prescribed will not get someone high, taking the medication in large doses can induce euphoria and make someone addicted to the substance.

Sometimes, users will dissolve several Suboxone strips under the tongue at once to get high. Or, they may dissolve the Suboxone strips or the tablets in a liquid and then inject the mixture either into a vein or into muscle. Injecting Suboxone is a more dangerous way to use the drug, and also comes with a risk of other side effects, including the risk of contracting HIV or hepatitis. It’s possible for someone to overdose on Suboxone when the medication is abused.

What are the symptoms of a Suboxone overdose?

The signs and symptoms of Suboxone overdose are similar to the symptoms that occur when someone overdoses on other opioid drugs. The majority of people who die from drug overdoses die within the first one to three hours after ingesting a fatal amount of drugs. It’s critical that loved ones can recognize the early signs of an overdose before the individual becomes comatose. The early signs of a Suboxone overdose may include the following symptoms:

Opioid drugs are central nervous system depressants. When someone takes a fatal amount of a central nervous system depressant, their body is unable to get enough oxygen into their bloodstream, and they will eventually stop breathing and become unconscious, and die. At the latter stages of a Suboxone overdose, users will pass out and become unresponsive.

What should someone do if they witness a Suboxone overdose?

It is imperative that witnesses do not leave the individual unattended. First, call 9-1-1. Most emergency response teams have medications on-hand that can reverse the symptoms of an overdose. Also, most states in the U.S. have laws in place that protect witnesses from criminal prosecution if they contact emergency personnel for help with an overdose victim. The longer a person waits to get treatment for an overdose can increase the chances of them experiencing permanent and severe damage to their health.

Opioid drugs, when taken in excess, will cause nausea, and overdose patients can vomit while unresponsive. Witnesses should place the individual on their side, so they do not aspirate if they begin to vomit.

What is the treatment for Suboxone overdose?

Doctors may administer a narcotic antagonist, or give the patient a mixture of activated charcoal and laxatives to both absorb and expel the drug toxins. In the hospital, overdose patients are usually given intravenous fluids to prevent dehydration.

Once the patient is stabilized and no longer facing a critical health emergency, hospital personnel may request that the patient undergo medically-assisted detox and rehab. For Suboxone addicts, replacement drugs for opioid addiction are no longer recommended and cannot be used to assist the patient in recovery. However, patients can take medications to help lessen withdrawal symptom severity while they detox.

The detox process can take several weeks before the patient is clean from Suboxone. It is possible for an overdose patient to undergo detox either in the hospital or through an intensive outpatient detox program. The patient’s circumstances, medical history, and recovery needs will determine the most beneficial course of action for their treatment and recovery from addiction.

After detox, patients are transitioned to either an inpatient rehab program or outpatient rehab program. Patients will work closely with a therapist and other drug abuse specialists to understand the roots, triggers, and causes of their addiction and how to maintain sobriety.

If you or a loved one are struggling with drug abuse and addiction, it’s never too late to reach out for help and achieve sobriety. Please contact the addiction counselors at Windward Way today to learn more about your treatment options.