What are the Signs and Symptoms of Methadone Overdose?

The U.S. government has declared the opioid crisis a state of emergency. In 2017, more Americans died from opioid overdoses than were killed during the entire Vietnam War. Opioid overdoses and deaths have gotten so bad that they are cited as one of the main reasons why U.S. life expectancy rates have decreased in recent years.

Although opioid addiction levels have reached epidemic proportions in the last few years, opioid addiction is not a new phenomenon. In the U.S., addiction to morphine, an opiate derivative, after the Civil War caused a range of social problems in the country. Scientists, doctors, and legislatures have tried numerous ways to lessen addiction rates with varying degrees of success.

During the 1960s, a medication called methadone was invented to help treat opioid addiction. Methadone is a prescription drug that interacts with the brain’s opioid receptors, which are responsible for someone experiencing painful withdrawal symptoms and cravings for opioids when they quit. Methadone is also used to treat moderate pain. Unfortunately, methadone is still an opioid drug and comes with a risk of addiction and abuse.

How many people overdose from methadone each year?

In 2017, more than three thousand people overdosed and died on methadone that year. In comparison, there were more than 15,000 overdose deaths from heroin and more than 28,000 deaths from synthetic opioids like fentanyl and tramadol.

Who is most at-risk of overdosing on methadone?

All drugs come with a risk of overdose, but the risk is higher for opioid medications because of how they interact with the body. When someone takes an opioid for the first time, the opioid molecules in the drug bind with the body’s natural opioid receptors. The user will experience an intense, chemically addictive high, and a drastic decrease in pain. The issue with opioid drugs is that the body builds a tolerance to these drugs very quickly. After just one dose of an opioid, a user will need slightly more of the drug to get the same euphoric high they had the first time they took the substance.

People who are addicted to opioids will take more and more of the drug to get the same, intense effect they crave. Unfortunately, opioids depress central nervous system activity and decrease respiratory rate, temperature, and blood pressure. People who are severely addicted to an opioid, people who mix opioids with other drugs and people at risk of suicide are the most likely to overdose on drugs like methadone. The most dangerous chemicals to mix a drug like methadone with are other central nervous system depressants like alcohol or benzodiazepines. Sedative drugs are most often implicated in fatal drug overdoses that also involve opioids like methadone.

What happens when someone overdoses on methadone?

Not only does methadone block cravings in recovering addicts, but methadone also blocks the euphoric high that occurs when someone takes a powerful opioid drug like heroin. For these reasons, methadone is most commonly used for preventing relapse and helping patients detox and withdrawal from heroin. Unfortunately, though, methadone is a schedule two drug, and as such, comes with its own risk of addiction and dependence.

Methadone overdoses can occur because the substance will linger in the body for an extended period. Users may take more methadone than prescribed because the initial effects of the drug may wear off, even though the body is still trying to chemically process and clear the drug.

Because of this risk, methadone treatment clinics typically require users to go to the clinic each day for that day’s dose of methadone. Chemical accumulation of methadone in the user’s system is a significant overdose risk. People who are strongly addicted to methadone may inject the drug for quicker, more powerful effects, or mix the drug with other substances to induce a high.

Symptoms of a methadone overdose are similar to those present in other opioid overdoses, and may include the following: 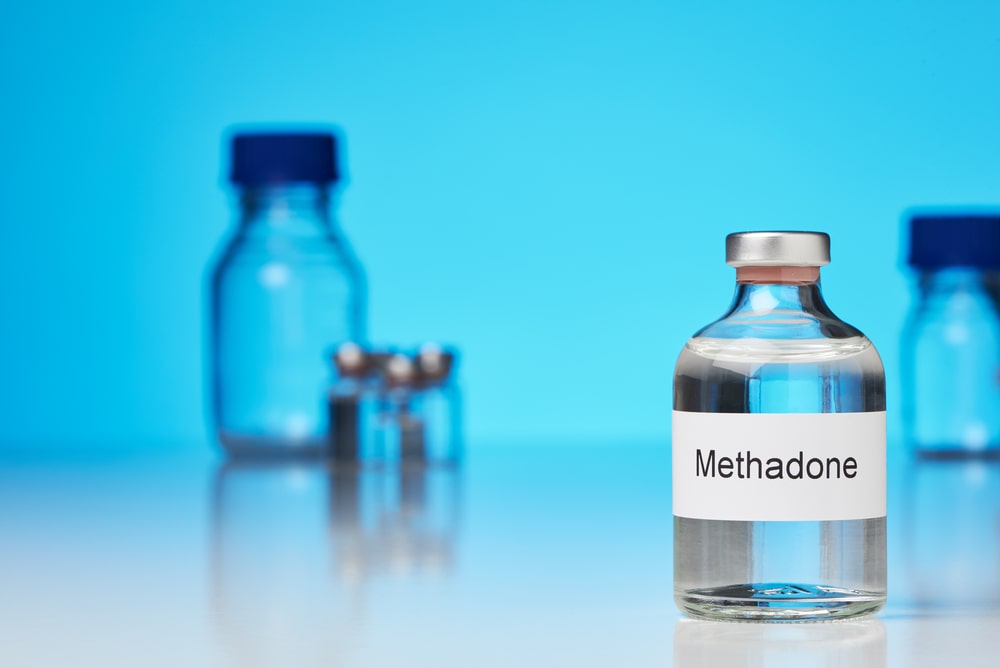 Methadone will also mask pain and distress. Users who are in the midst of an overdose may say they don’t feel any pain and will also appear calm. Loved ones may not realize that someone is overdosing from methadone when the user is not in distress or indicating any discomfort. But it is critical that friends and family react quickly to overdose symptoms. These signs can be present for up to ten hours after a person takes methadone. Waiting to get help for an overdose increases the chances of fatal respiratory distress, coma, and death.

If a person who is overdosing has become unresponsive, witnesses should make sure the individual is placed on their side. If they become comatose while on their back, methadone can cause vomiting, and unconscious people can aspirate and die if they vomit in this position while unconscious. Witnesses should never leave someone alone if they suspect an overdose, and contact emergency services immediately.

Opioid and methadone addictions are incredibly serious and require lifelong treatment and therapy.  If someone is addicted to methadone, attending a detox and rehabilitation program is critical for achieving and maintaining sobriety. People who are addicted to methadone for the treatment of heroin addiction can have their methadone prescription switched to a less addictive medication that is effective at blocking heroin cravings and withdrawal symptoms.

If you or a loved one are struggling with an addiction to methadone, it is critical to reach out for help today. The experienced counselors at Windward Way are standing by to answer your questions about detox and rehabilitation for opioid addiction. Please contact Windward Way today for an evaluation and consultation.